This programme is primarily aimed at supporting academic staff in their induction period or for the first few months within their new role but this can be flexed to best meet the needs of the staff member concerned. For some staff, it may suit them better to access mentoring support after the initial few weeks when they are more familiar to the role, for example.

Staff will be offered a mentor who will be someone experienced in working in MTU in a similar role, and able to offer support and guidance.  This will be in addition to any induction arrangements put in place by the mentee’s home department/function or by HR, to allow for a more individual approach.

The Teaching and Learning Unit at MTU promotes and supports the pilot mentoring scheme. Staff feedback from other third level institutions has shown that there is enormous benefit to be gained from mentoring.

The first recorded use of the word ‘mentor’ is in Homer’s epic poem “The Odyssey”. Ulysses left his trusted friend Mentor to take care of his household and his son Telemachus whilst he was away fighting in the Trojan War. Mentor largely failed in his duties, taking care of neither. It was the goddess Pallas Athene (goddess of war and of wisdom) who helped Telemachus, appearing throughout The Odyssey in a variety of human and animal forms, including that of Mentor. As Mentor she acted as a wise and trusted adviser and counsellor helping Telemachus grow in experience, maturity and courage.

However, the word didn’t feature in the English language until publication, in 1750, of the story Les Aventures de Télémaque, by the French writer Fénelon, in which Mentor was the main character. Les Aventures de Télémaque went on to become the most reprinted book of the 18th century, leading to the word ‘mentor’ being resurrected after a gap of nearly three millennia. It is Fénelon’s Mentor, not Homer’s, which forms the basis for modern usage of the word. The word ‘mentor’ soon came to represent a wise and responsible tutor – an experienced person who advises, guides, teaches, inspires, challenges and corrects, and serves as a role model. Mentoring is now a widely used and effective tool for personal and organizational development.

Many definitions of mentoring exist - one possible description is:

Mentoring is a voluntary arrangement whereby an experienced individual, outside the reporting relationship, holds regular meetings and discussions and takes a personal interest in guiding and supporting the development of a less experienced person in progressing within and beyond their immediate role.

The key aspects of this definition are that it is individual, agreed between the parties involved and is designed for a particular purpose or situation for an agreed period of time.

Mentoring, whereby one colleague offers support to another, can be used in a variety of ways. The most common purpose is to provide support to staff new to a role, whether they are completely new to an organisation or have recently taken up a new post.

What are the roles and responsibilities within this programme?

There are three key sets of roles/responsibilities within this programme, they are as follows:

What is the role of an Induction Mentor?

An Induction Mentor in MTU facilitates the induction of new staff members in the college.

The key characteristics of an induction mentor are, they:

The role of the Induction Mentor varies with the needs of the inductee. A mentor provides support, information and encouragement as well as empowering inductees to seek/source answers to questions they might have.

What is the role of an Induction Mentee?

The role of the induction mentee is:

What is the role of the Teaching & Learning Unit?

The role of the Teaching & Learning Unit within this programme is to:

To whom is the scheme open?

The scheme is open to all new academic staff or academic staff who are taking on new roles.  Staff may either be new to MTU or be switching to a new role.

How long does the scheme last?

Most usually, support is offered to new academic staff during the first semester of appointment to a new role. However, as stated this can be flexed to best meet the needs of the staff member concerned and mentoring can also of course be sought at any time during their employment period if it is identified as a possible suitable option as a part of planned development conversations between staff and their Head of Department.

What are the benefits to Mentees?

Staff being mentored will benefit from the support offered, enabling them to learn from the experience and internal knowledge of the mentor.  This will assist staff to settle into their new roles more easily, provide advice and guidance on working practices and support planning to meet personal and professional development needs.

The mentor offers an independent, neutral source of support which complements the departmental induction process.

“Staff are very helpful in CIT but people are so busy here that I was reluctant to ask for help”, New Staff Member

“Knowing that I had someone I could go to if I had a question or a problem really helped me to survive my first few months”, Mentee

“My Head of Department was fantastic, but she was so busy that I didn’t want to be running to her with every little question. Having a mentor was a lifesaver”, Mentee

What are the benefits to the Mentor?

Although the focus of the mentoring relationship is mainly on the development needs of the mentee there are benefits for the mentor including:

“I really enjoyed my mentoring experience. I remember what it was like for me when I started out and I was happy to help my mentee.”, Mentor

“There was very little time involved and I found it very fulfilling.”, Mentor

“I learned a few new tricks myself from my mentee.”, Mentor

“I found my role as mentor very satisfying. I remember what it was like for me when I started here and I was happy to be able to help a new staff member settle in”, Mentor

“I found myself rethinking my own teaching and making some very positive changes because of conversations I was having with my mentee”, Mentor

What are the benefits to CIT?

Mentoring also has potential benefits at organisational level which link with our values and strategic aims in relation to improving the staff and student experiences:

Training and ongoing support is provided by the Teaching and Learning Unit at MTU.

Where can I get further information?

If you would like more information on our Staff Induction Mentoring Programme, informal information sessions are held regularly throughout the academic year so keep an eye out for notification via email, the TLU website news and what’s on sections or on social media.

and provide the following information:

Alternatively, you can contact us and we can forward your query. 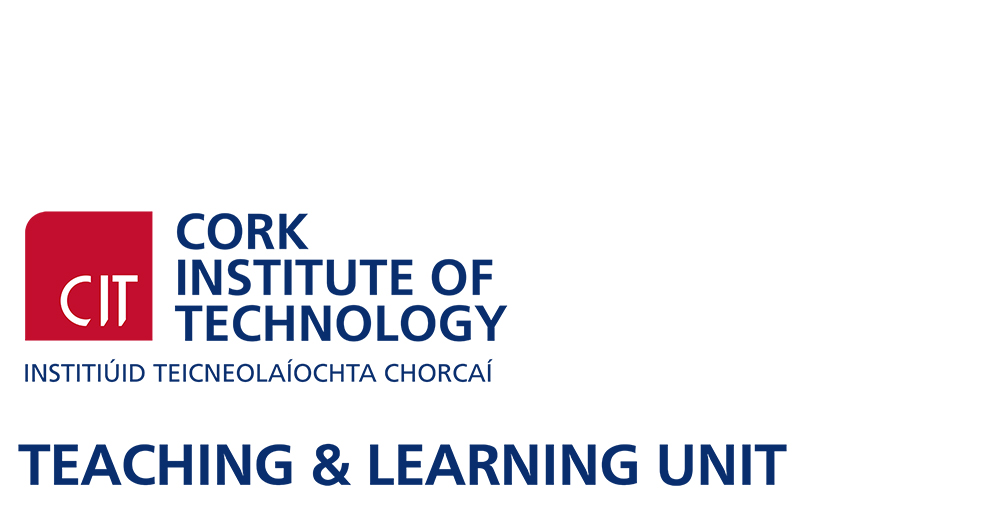 Do I have what it takes to be a Mentor?